Biography
Prior to becoming an attorney, Ms. McNeely was a Vice President of commercial banking with the former United Jersey Bank (now Bank of America) and with the former Irving Trust Company (now Bank of New York). She specialized in commercial finance with a focus on real estate limited partnerships and investor note financing.

In addition to Ms. McNeely’s private practice, she also frequently receives appointments from the Courts and private clients to serve as trustee, administrator of estates, guardian for incapacitated persons, and counsel for alleged incapacitated persons. Ms. McNeely is on the roster of certified foreclosure mediators with the Administrative Office of Courts in New Jersey. She served as co-chairperson of the Real Property and Probate Committee of the Burlington County Bar Association for six years. She has been a lecturer for CLE seminars sponsored by the Mercer and Burlington County Bar associations; and was a speaker at the Guardianship Association of New Jersey’s Annual Conference in 2011. She provided pro bono real estate representation to residents impacted by the Mount Holly Gardens litigation.

Ms. McNeely has served as the Duke University Library liaison to the Duke Annual Fund, a trustee of the Friends of the Princeton Public Library, a trustee of the former Samuel DeWitt Proctor Academy in Trenton (the first boarding charter school in the country), and as a coach for girls travel basketball.

Biography
In addition to Ms. McGuigan’s private practice, Ms. McGuigan also receives appointments from the Court to serve in the capacity as counsel and guardian ad litem for alleged incapacitated individuals and minors, as well as administrator for estates. Ms. McGuigan also serves as a panelist for the Matrimonial Early Settlement Program in Burlington County and is also a qualified mediator in the State of New Jersey for family law matters.

Ms. McGuigan graduated with distinction from Pennsylvania State University with a Bachelor of Science degree in Psychology. She received her Juris Doctorate from Widener University School of Law, where she was a member of the Women’s Law Caucus, Brehon Society, the Moe Levine Trial Advocacy Honor Society, and the Pennsylvania Criminal Defense Clinic. Throughout her educational pursuits, Ms. McGuigan worked as a counselor with survivors of domestic violence at the Domestic Violence Center of Chester County; interned at the Women Against Abuse Legal Center in Philadelphia; and worked with children with behavioral issues.

Following her graduation from law school, Ms. McGuigan served as a Judicial Law Clerk to the Honorable Marie White Bell, J.S.C. (ret., recall) in the Superior Court of New Jersey Burlington County in the Family Division.

In 2010, Ms. McGuigan became one of the founding members of the South Jersey Collaborative Law Group, a group of attorneys, mental health and financial professionals dedicated to resolving family law matters respectfully, while still protecting the interests of the entire family. 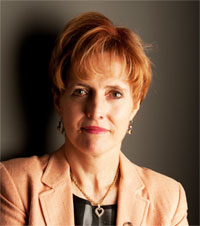 While in law school, Ms. Esmi interned in the Federal Immigration Court in Newark and Bankruptcy Court in Trenton, and also clerked in a general law practice in Somerset. Ms. Esmi was a co-editor of the Conflict Resolution Journal, co-founder of the Art Law Society, and held leadership roles in other student organizations.

Ms. Esmi brings strong analytical and research skills as well as business experience to her role as client advocate and trusted advisor, and has written several scholarly publications.   Two of her published articles feature alternate dispute resolution as their subject, one emphasizing disputes involving abuse of social media in the employment context, and the other on international law specific to the middle east.   She has also written – and taught — on surrogate decision-making, another area about which she is passionate.

Volunteerism is also important to Ms. Esmi, and she has served as Trustee for non-profit organizations serving vulnerable persons.

Publications
THE IRAN – U.S. CLAIMS TRIBUNAL: SUCCESS UNDER DURESS OR HOW HAVING YOUR ENEMY IN THE TENT IS BEST
Rutgers Conflict Resolution Law Journal, September 10, 2010

Arbitrating Social Media Grievances
This article was originally published in the April 2011 issue of the New Jersey Lawyer Magazine, a publication of the New Jersey State Bar Association, and is reprinted here with permission

We accept Visa, MasterCard and Discover.